Climate change is one of the most pressing long-term issues of our time, and it sets the boundaries for all other challenges and megatrends ahead. Greenhouse gas emissions have increased dramatically in recent decades and are still increasing globally. Consequently, our earth is heating up — fast…resulting in catastrophic consequences for our planet and people. Therefore, in Paris, in December 2015, world leaders agreed that all countries must act together to limit global warming to 1.5 degrees or at least stay well below 2 degrees. To limit global warming, global greenhouse gas emissions must be cut in half by 2030.

Doconomy is working towards that goal and, through our products, enables positive climate impact. With that said, our ambition to measure, understand, and reduce applies to ourselves and our own operations as well. This climate disclosure is the result of that.

In this climate disclosure, you can read about the emissions due to Doconomy’s operations, indicators we are addressing, and potential targets. The favorable climate impact we potentially enable through our products is not part of this disclosure.

Read more about the GHG protocol, the guidance, and standards used at https://ghgprotocol.org/

At the start of 2022, Doconomy conducted a materiality analysis, reviewing all emissions generated from the company’s activities. Based on this analysis, the following scope 3 areas have been excluded from Doconomys climate disclosure:

Regarding Transportation and Distribution, Doconomy sometimes uses delivery services for the transportation of office equipment or larger parcels. Since this is a very small post, covering less than 1% of Doconomy’s total emissions, it has been excluded in the final climate disclosure.

Doconomy rents some of its office equipment, categorized as Leased Assets. This is also a very small post, covering less than 1% of Doconomy’s total emissions, and has therefore been excluded from the final climate disclosure.

Waste generated in Doconomy’s operation is limited to office waste. Since Doconomy recycles to the most significant extent possible, and since the general waste goes to incineration with energy recovery, there are not many emissions connected with this category (less than 2% of Doconomy’s total emissions). Hence it is excluded from the final climate disclosure.

During FY 2021, Doconomy sponsored the Climate Crisis Film Festival (CCFF). According to the methodology, sponsorships should be allocated a share of the sponsored project’s scope 1 and 2 emissions and included as part of the sponsor’s value chain emissions. Doconomy recognizes that a share, proportionate to the percentage of sponsoring, of CCFFs scope 1 and 2 emissions should be included in this climate disclosure. However, since no information on the CCFFs emissions was available, the share allocated to Doconomy is unknown and has therefore been omitted from Doconomy’s final climate disclosure. 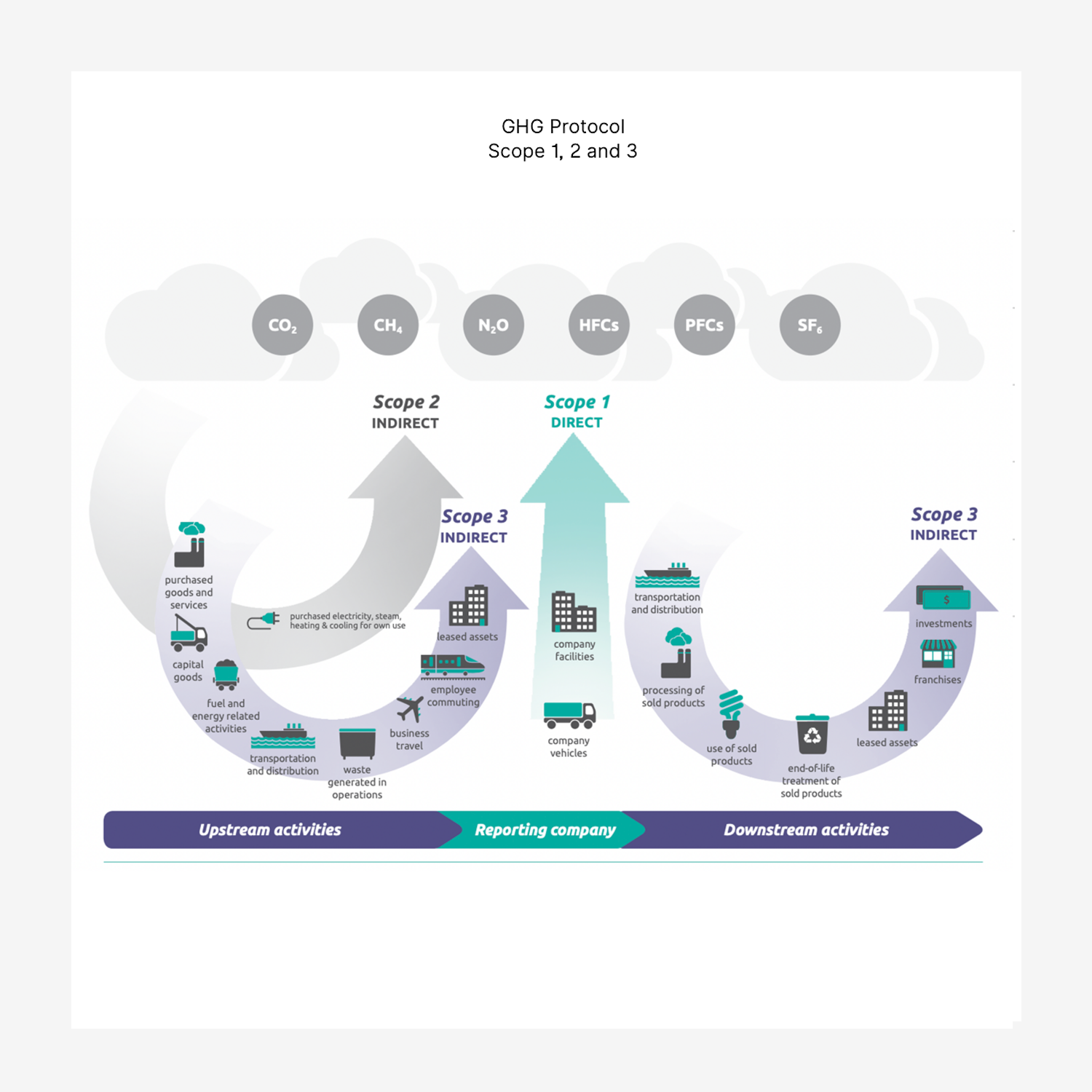 The results from Doconomy’s climate calculations are presented in Table 01 and Figure 02 below. Note that all emissions are shown in tones of CO2e. 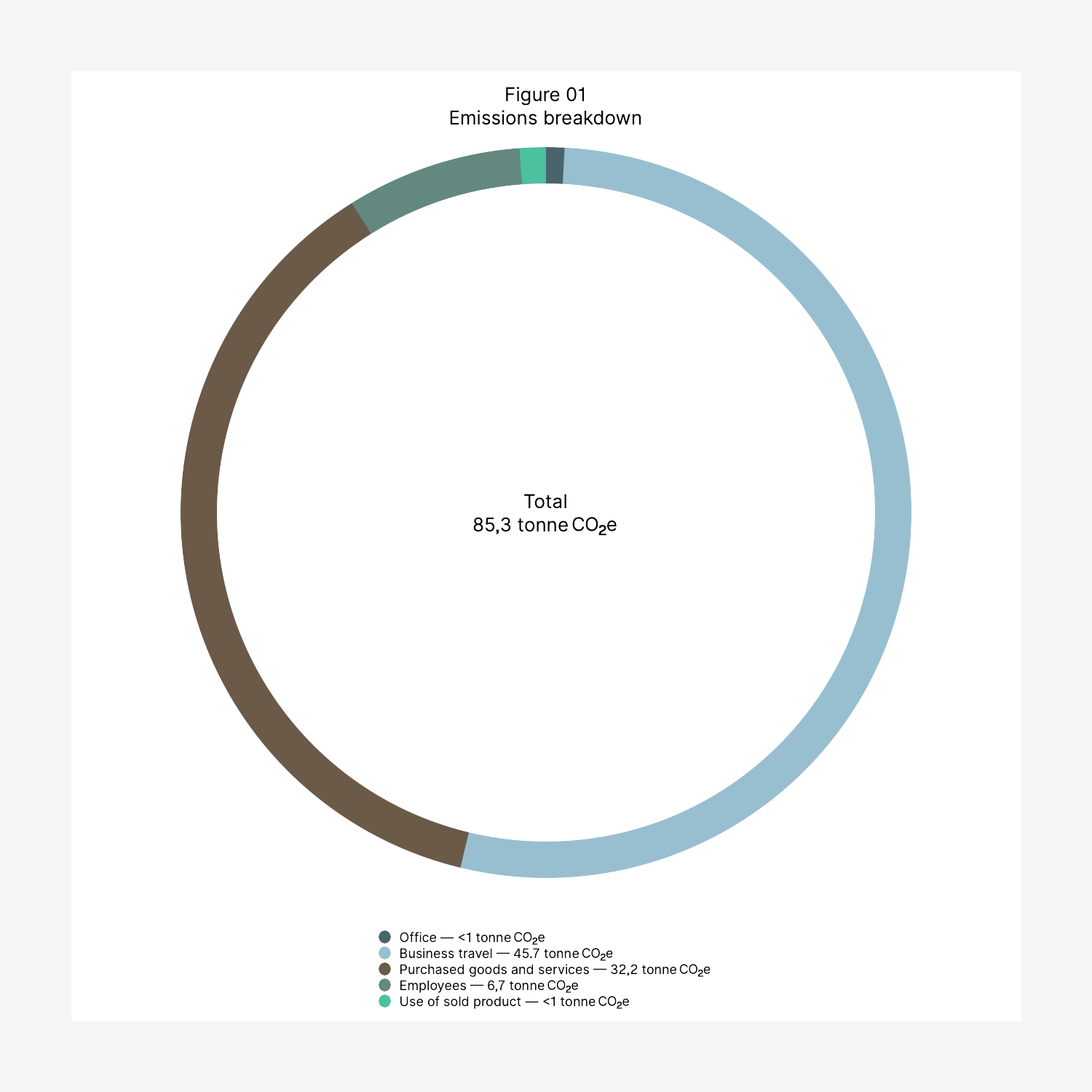 Scope 1 emissions are solely from car travels (included in scope 1 due to the operational control approach Doconomy has chosen). Included are both rental cars and car travel expenses.

Scope 2 emissions originate from electricity and heat consumption at Doconomy’s office. Doconomy purchases 100% renewable electricity with a guarantee of origin.

Scope 3 emissions include business travel, purchased goods and services, employee commuting, and use of sold products. 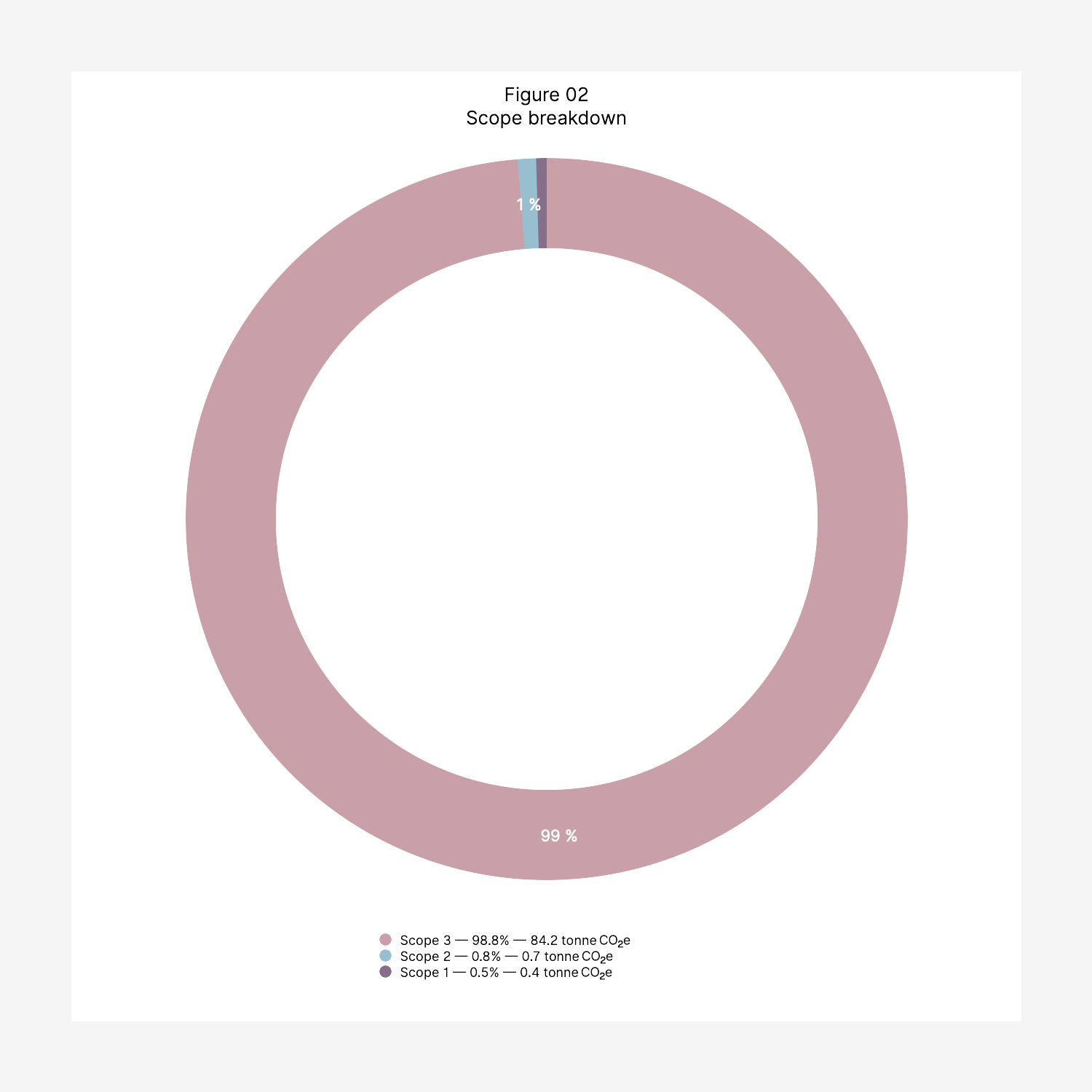 Though Doconomy has not prepared public disclosures in previous years, Figure 03 shows a summary comparison of the years 2021 and 2020.

The difference in emissions between the years can be explained by: 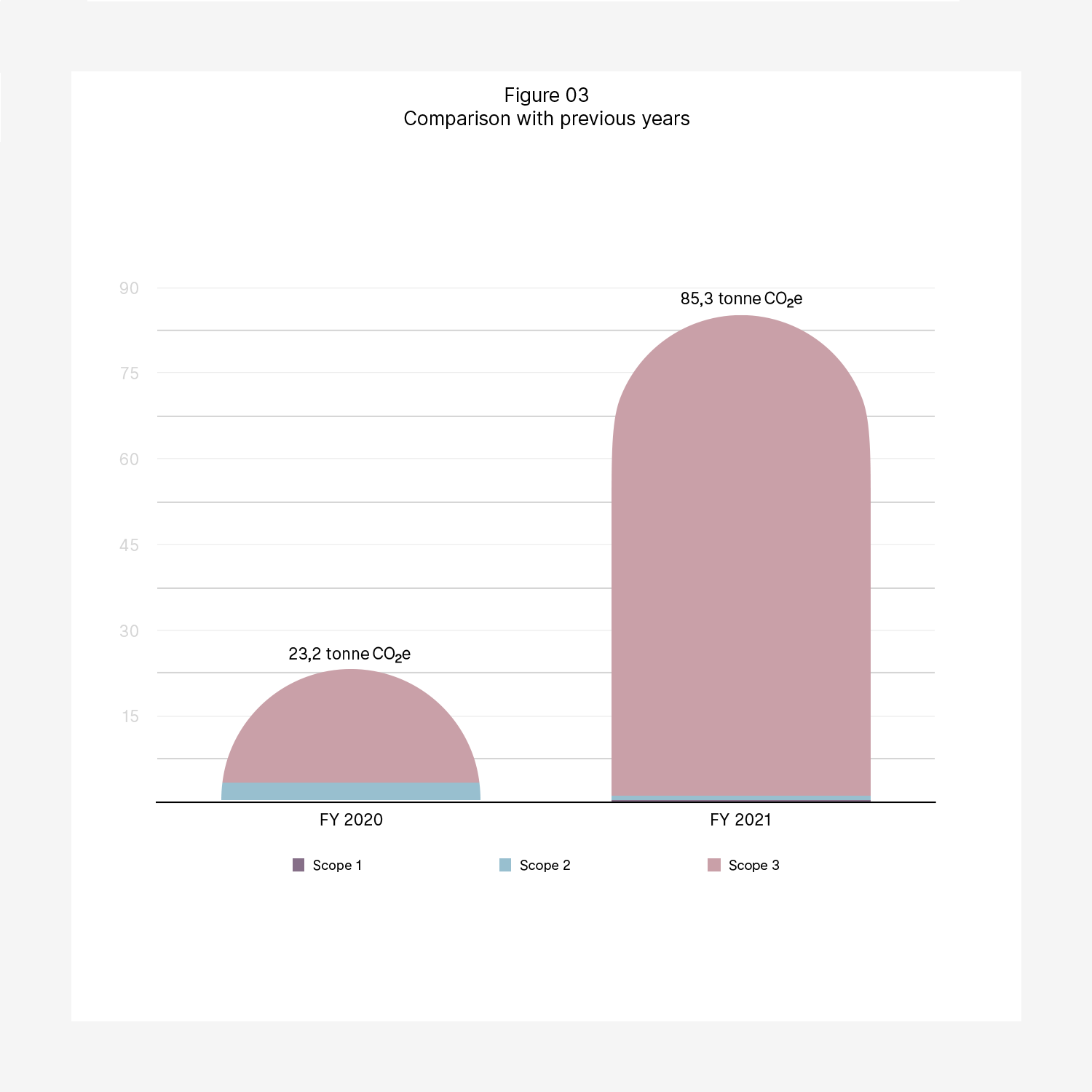 Doconomy is monitoring the KPIs presented in Figure 04. Emissions per revenue and emissions per employee represent how the emissions and the company grow. Note that this is Doconomy’s first year tracking progress in these areas and therefore no comparison with previous years is possible. 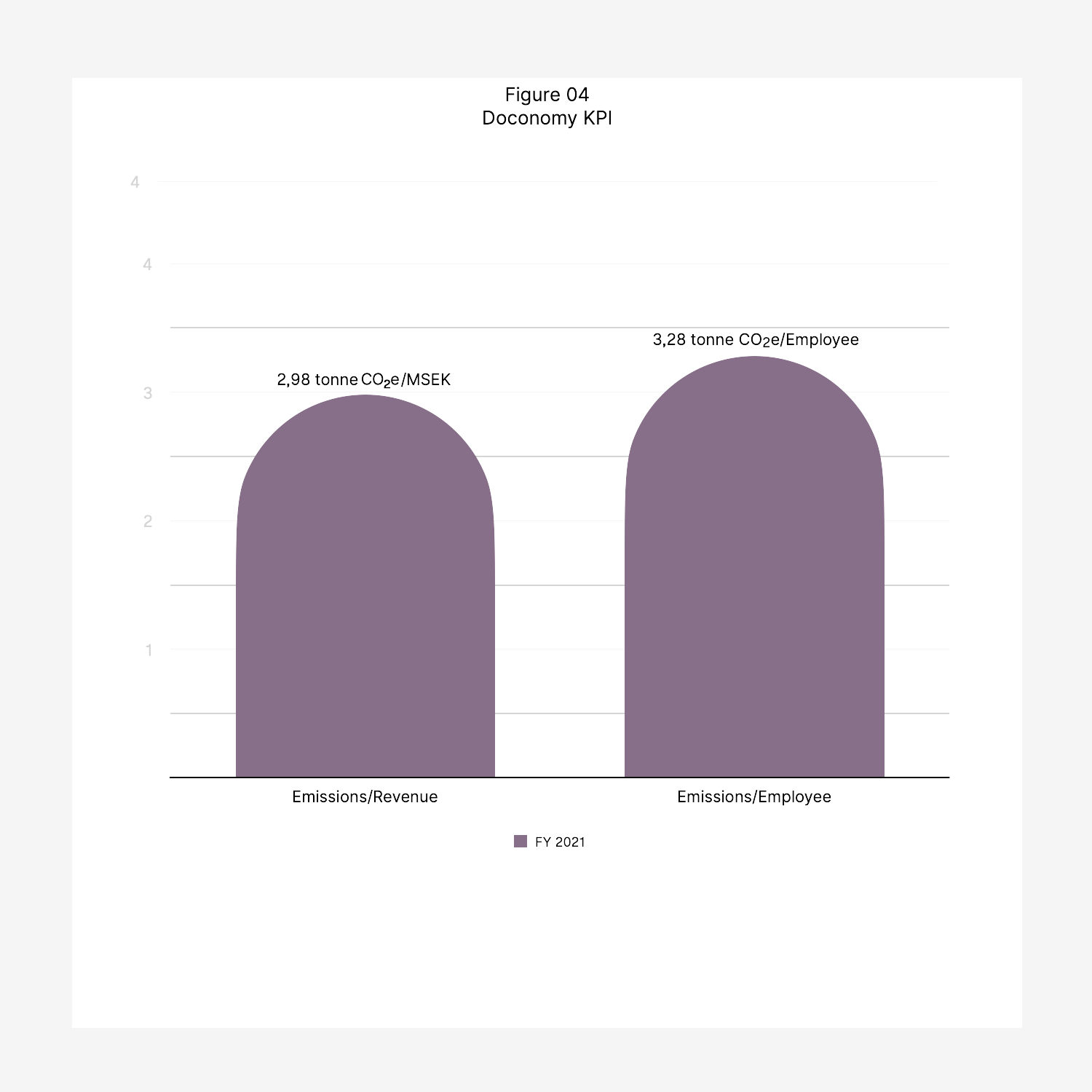 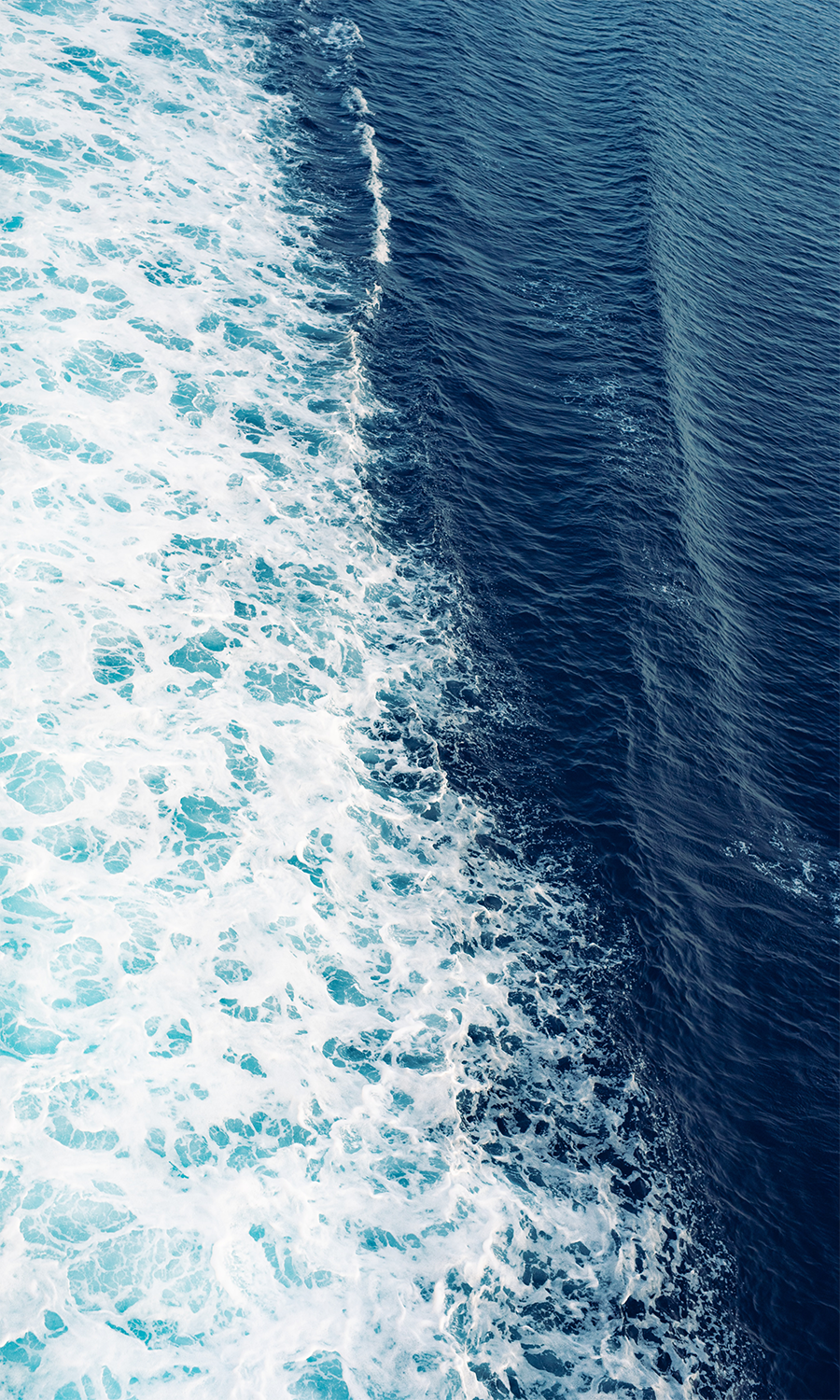 Most emissions in this climate disclosure originate from actual data (either activity data or spend data). The only category where emissions are completely estimated is employee commuting. The emissions are based on average distance, mode of transport, and work-from-home percentage found in relevant research. An employee survey to collect data on Doconomy’s employees’ actual commuting habits would be the next step to improving the results.

2. Events and changes that have an impact on reported data

Apart from being a rapidly growing company, there are some noticeable events and changes that impacted the results.

The Covid 19 pandemic has affected Doconomy’s operation during 2021, as it has for many other companies and organizations. The pandemic has put restrictions on business travel as well as the employees’ possibility to work from the office. In the climate disclosure, this is reflected in lower emissions in employee commuting and business travel, compared to a ”normal” year.

Doconomy has also moved into new office spaces in Stockholm, and there was an overlap of one and a half months during 2021 where Doconomy had both the old and new offices. Both have been included in the office-related emissions in this disclosure.

Since a full materially analysis was conducted, new categories have been included in the reporting scope. Mainly a more comprehensive set of sub-categories within purchased goods and services, but also the use of sold products, which is an essential part of Doconomy’s operations. These additions have led to increased total emissions compared to last year, but also a better representation of the company’s total climate footprint.

Doconomy is currently exploring the possibility of an overarching emission target for the company’s operations, as well as activities that have the potential to decrease the company’s largest sources of emissions. Doconomy intends to commit to the Science Based Targets initiative and set a science-based target.

While recognizing the importance of lowering the yearly emissions, Doconomy also purchases carbon credits corresponding to the total carbon footprint associated with its operation each year. In this decision two separate dimensions are considered; the absolute number of tonnes emitted and the social cost of carbon (SCC) that the emissions correspond to. The social cost of carbon is currently fixed at 132 USD / tonne CO2e according to Doconomy’s Åland Index. The purchase of carbon credits follows Doconomy’s Carbon Offsetting Policy and is carried out in two steps: 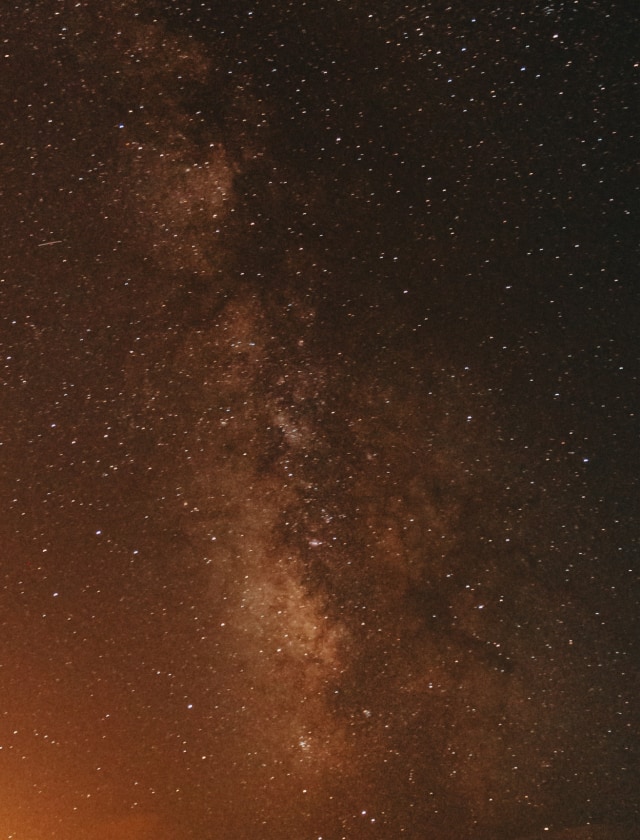 Lifestyle
Impact
Enables individuals to assess and then take steps to reduce their carbon footprint based on their lifestyle choices.

We empower individuals with the ability to measure their carbon footprint based on lifestyle choices such as housing, transport, and food, developed in partnership with UNFCCC. 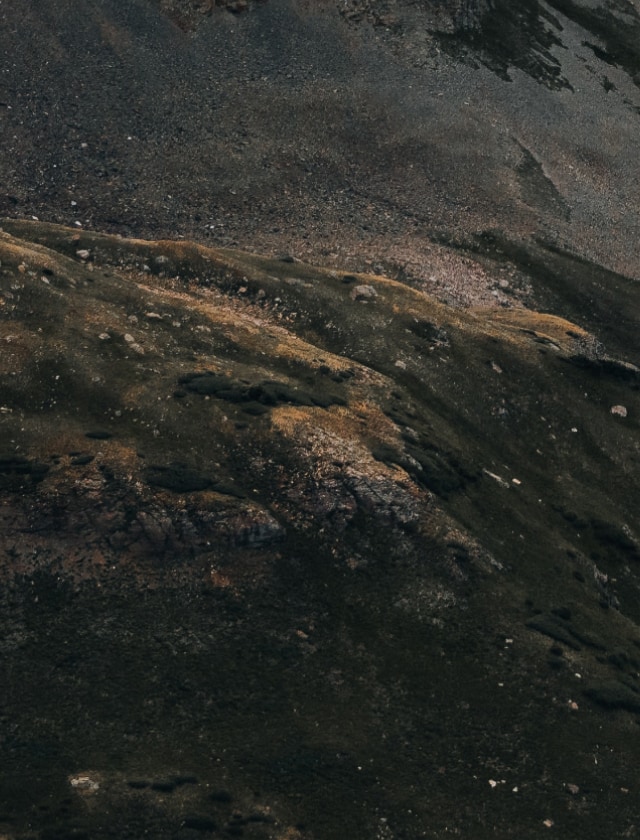 With Åland Index our clients have the ability to measure both the CO₂e and H₂O impact from all transactions, providing the end-user with an up to date and clear understanding of the impact generated in the category from their consumption. 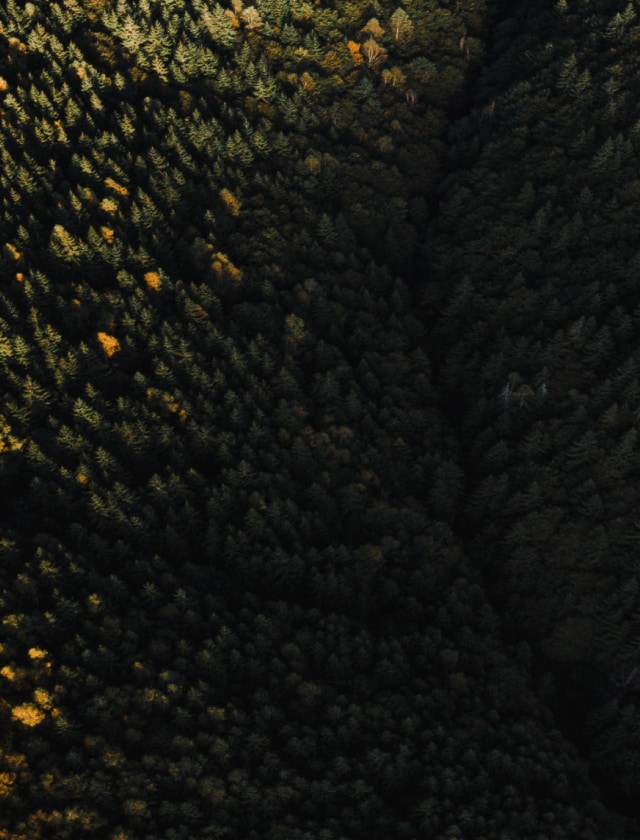 Corporate
Impact
Allows corporations to monitor and assess their overall CO₂e impact based on transactional and financial data.

The Corporate Impact Dashboard™, part of Doconomy’s monitoring and analysis service, is currently in the prototype phase with three leading banks. It is a new concept that aims to provide businesses with impact intelligence. 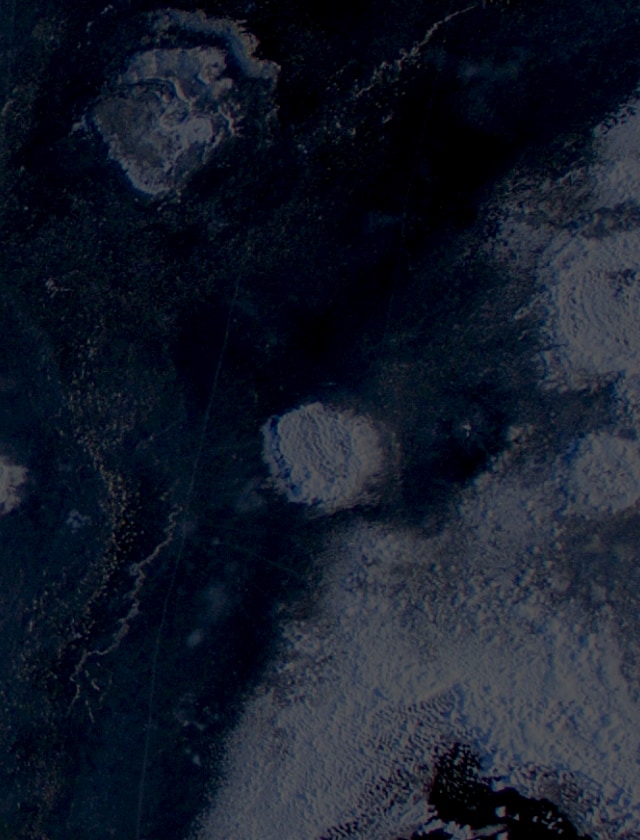 The 2030 Calculator by Doconomy is a user-friendly online tool that enables producers and brands to calculate their product’s carbon foot-print, accelerating the shift towards responsible consumption and sustainable production.

Product Impact
We use cookies to ensure that we give you the best experience on our website. If you continue to use this site we will assume that you are happy with it.OK