SeenThis and Doconomy are determined to cut the CO2 impact caused by “data waste”. SeenThis already today have a solution that can reduce data transfer by up to 65% and Doconomy’s Data Impact Methodology (beta) aims to help Advertisers, Agencies and Publishers track and measure their carbon emissions, in accordance with GHG protocols. By joining forces, SeenThis’ client will be able to accurately, in real-time, measure the CO2 impact, and savings, on a campaign-by-campaign basis. 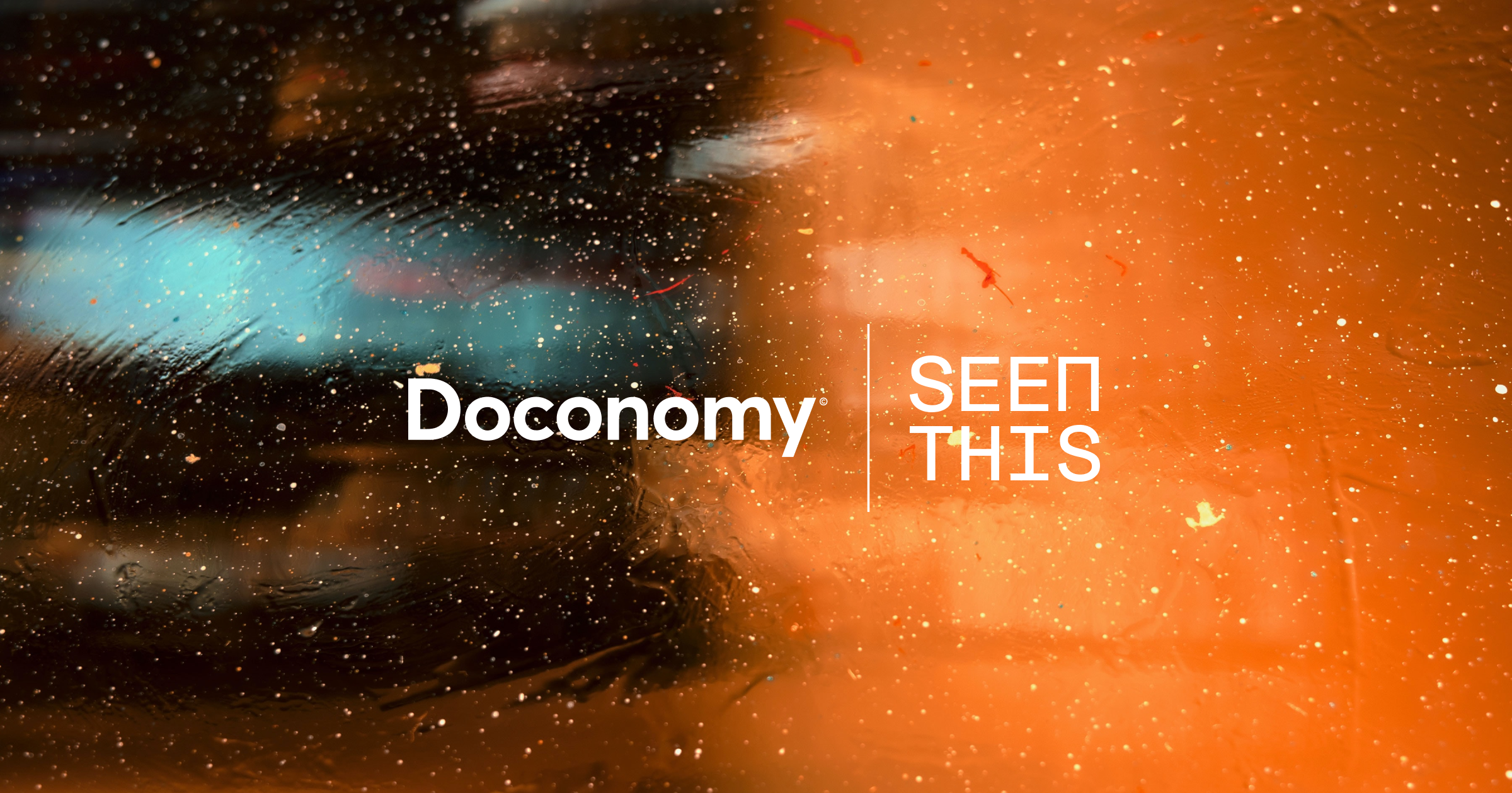 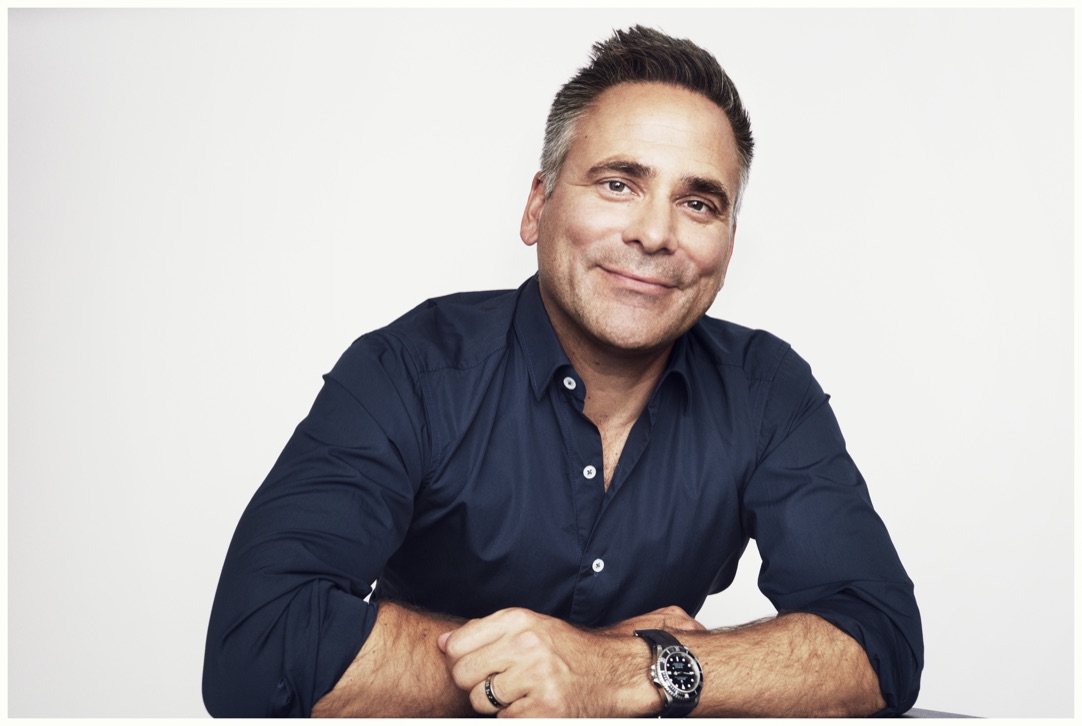 “At Doconomy, we are committed to helping individuals and corporations quantify the environmental impact and provide tangible solutions to reduce them. Our innovation lab is excited to be partnering with the SeenThis team to launch a suite of solutions visualizing the CO2 emissions from data and developing tools for impact reductions. The starting point will be SeenThis’ proven streaming technology that reduces the data transferred and hence the emissions associated with the transfer. We are proud to add the Doconomy Data Impact API to help quantify the emissions linked to data waste, an area where emissions are expected to surge.”
said Mathias Wikström, CEO at Doconomy.

Today internet use is a significant contributor to global greenhouse gas emissions, representing 2% of total emissions, which equals the emissions linked to the aviation industry. Everyday a lot of data is unnecessarily transferred (i.e., data waste), ads are loaded but not viewed, content is not optimized and inefficient technologies are in use. Through Doconomy’s Impact API, all advertisers and publishers can now see the emissions impact and societal cost related to delivering a digital campaign. With SeenThis adaptive streaming technology, efficiently reducing data transfer for every ad impression or page load, the users are enabled to reduce their CO2e footprint, while still ensuring the user experience.

"There is a surge of companies looking for solutions to help reduce their carbon footprint, as investors and consumers put increasing importance on sustainability commitment and impact transparency. Through the SeenThis and Doconomy collaboration there is now a first validation on climate impact calculation for companies in the digital advertising and media industry that can work to reduce their CO2 impact based on measurable results."
said Jesper Benon at SeenThis.

This is the first service of more to come in the collaboration on data reduction innovations.

Purpose of this methodology: The purpose of Doconomy’s Data Impact API is to give an estimation of the associated carbon footprint of data transfer expressed as CO2/GB transferred.

Scoping the calculation: To calculate the associated emissions of data transfer, the scope for the calculation must be set. The scope in this case is the Internet, i.e. the global system of interconnected computer networks that uses the Internet protocol suite to communicate electronically between networks and devices. In an oversimplification it can be described as a supply chain that is transporting data from point A to point B. This supply chain includes:

Data centers are big physical facilities where all types of data is stored and processed. Key components include servers, fire walls, routers and storage systems that all run on electricity. Hence they require loads of cooling to keep from overheating.

Core network is the equivalent of the infrastructure, or the highways, of the Internet. It is comprised of underground and underwater cables that transport the data around the globe.

Content Delivery Networks (CDNs) are groups of servers in different geographical locations that store data for short periods of time. The purpose is to speed up the delivery of the content by bringing it closer to the users’ physical location.

Access Network is the last leg that connects the end-user device to the Internet. It is made up of components such as masts, wires, fiber etc. Today they are more commonly referred to as types of mobile- or fixed broadband.

End user devices are the physical devices that lets the users consume and interact with the data and content. Examples are smartphones, computers, or smart TVs. When data is being transferred across the Internet it must travel across the entire supply chain, and all its infrastructure, before it reaches its audience. This process requires a constant supply of electricity to keep running. In addition, there have also been huge amounts of energy consumed in the building of the infrastructure and in the extraction of all the materials going into it. Although difficult to appreciate, all this energy combined should preferably be considered when calculating the emissions associated with data transfer.

Six factors influencing the CO2 footprint: Having identified the five most important functional building blocks of the Internet, the following six factors have been recognized as the most likely to be influencing the carbon footprint of data transfer. In the following section these are presented together with the system boundaries for the calculation and the underlying assumptions that went into the methodology for this beta version of the Doconomy Data Impact API.

Vertical supply chain. How the emissions associated with electricity consumption and the building of the Internet’s physical infrastructure are calculated will have a substantial effect on the carbon footprint of data transfer. This can be referred to as the vertical supply chain where the emission from both energy consumption and the extraction of the raw materials (steel, plastic, other metals etc) and the actual construction, maintenance and disposal of the infrastructure should be included. System boundary: The entire vertical value chain is considered.

Type and amount of data transmitted. What type of data and how much that is being transferred will have an impact on the final carbon footprint. Underlying assumption: The total amount of gigabytes transferred over the Internet annually is used as a top-down approach, and the energy use has been divided over each step in the horizontal supply chain. There is no differentiation between different types of data in the calculation and all data is assumed to flow uniformly through all parts of the horizontal supply chain. This is a very simplistic approach but has been considered solid enough for the current version of the calculation.

Energy mix. Geography and location are significant in the allocation of energy mix to any calculation of emissions. A higher concentration of renewable energy will result in a lower carbon footprint and vice versa. Underlying assumption: As the Internet supply chain is global the coefficient for the average world energy mix is used in this version of the calculation.

Why is there an inconsistency in CO2/GB figures in research? Comparative research is not easy to find in this area since different studies and actors set different system boundaries (activities in the horizontal and vertical supply chain) and make different assumptions. This inconsistency in setting up your calculations can be led back to four general areas: innovation moving faster than research, innovation moving faster than standards, many influential players in the market, and complex technologies. This makes it more difficult to find a “single truth” to the climate impact of data transferred.

The methodology for calculating the carbon footprint of data transfer is currently under development. This implies that the underlying data and assumptions are still subject to revision and potential changes or adjustment. In addition, the description above should be considered as a comprehensive summary of the more detailed method that is under documentation. Figures and sources will be disclosed in the completed methodology document.

Doconomy, founded in Sweden in 2018, is a world leading provider of applied impact solutions. Doconomy wants to future-proof life on planet earth by empowering individuals and corporations to take responsibility for their environmental footprint. We firmly believe that the climate crisis can only be solved as a collective. Doconomy is also a partner of the United Nations Framework Convention on Climate Change (UNFCCC), Mastercard, S&P Trucost, the World Wildlife Fund (WWF), Mitsui, and Parley for the Oceans. Visit www.doconomy.com for more information.

Since 2017, Swedish tech company SeenThis has been evolving screen experiences for everyone, everywhere. With its groundbreaking adaptive streaming technology, SeenThis is transforming the distribution and climate impact of digital content. With billions of streams served for more than 1000 brands in over 40 countries, the company is on a journey to reshape the internet — for good. Working across eight offices globally, SeenThis employees are obsessed with creating a truly high-speed and energy efficient Internet. For more information, visit seenthis.com

We use cookies to ensure that we give you the best experience on our website. If you continue to use this site we will assume that you are happy with it.OK